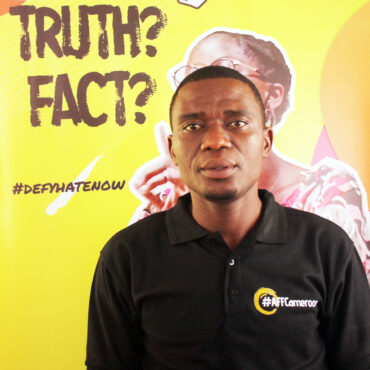 Neba Jerome Ambe, is a Cameroonian by birth based in Bamenda, North West Region. A Journalist and a Development Communicator, a video editor with a passion for editing documentaries and news reports.

Neba Jerome is one of  just a few that has gone into most of the interior parts of the region hunting for news on the armed Conflict and it has been his best moment when he tells the untold stories of the crisis. Not only on the crisis he reports on, but he also reports on religion, culture, politics, humanitarians, and sports.

He is the North West/West Regions Bureau Chief of The Herald Tribune Newspaper, Freelance Correspondent with CAM 10 Television, and the Communication Officer of Nkumu Fed Fed, an international Gender-Based Non-Governmental Organization (NGO) with over 25 years of existence. They currently run a project “Stop Violence Now Against Women and Girls”, a #Media4Peace Fellow and he has engaged in several online Campaigns against hate speech and peace.

He is a  holder of BSc in Communication and Development Studies and loves listening to others to gain something new to add to his career. Neba spends most of his time watching investigative reports and documentaries. He is a member of the Cameroon Journalist Trade Union, (CJTU), a member of the Cameroon Association of English Speaking Journalists (CAMASEJ), and a member of Cameroon Community Media Network (CCMN). He has attended several Journalism related workshops and is presently a proud Fellow of the Africa Fact Checking Fellowship program #AFFCameroon, baptized Cohort 7.