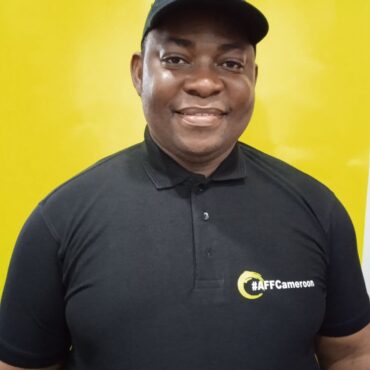 Fonki Yanick Ndaley is currently the Managing Editor of Hi-TV Cameroon, a television station based in Buea. He is a holder of BSc in Journalism and Mass Communication from the University of Buea.

After graduating from the university in 2008, he worked with Ocean City Radio, Limbe as a volunteer; up until 2010, when he moved to Eden Newspaper, Limbe, as reporter and later as a Desk Editor. He was made Station Manager of Eden Radio Limbe in 2013. He moved to La Television du Monde (LTM) Douala in 2015 where he worked first as a journalist and later as Editor of the English News Desk. In 2018, he was made Editor-In-Chief of Hitv, before later upgraded to Managing Editor.

He concurrently served as Communication Officer for the Environment and Rural Development Foundation (ERuDeF); a non-profit organisation based in Buea. Yanick is 38 years old, he is happily married with a kid.