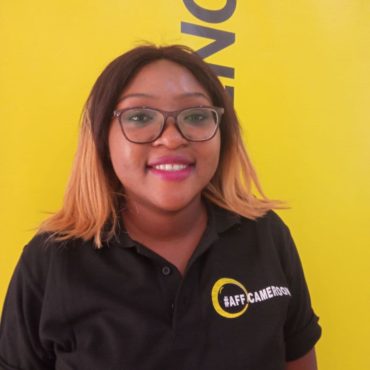 Maikem Emmanuela Kimah is currently Station Manager at a Radio Station (Ndefcam Radio, FM 94.9) in the city of Bamenda, Northwestern Cameroon. She is a freelance reporter with Data Cameroon. Emmanuela is also the Community Manager of Rural Doctors, a local NGO in Cameroon. Emmanuela holds a Bachelor’s Degree in Journalism and Mass Communication from the University of Buea and is currently pursuing a Master’s Degree in Communication and Development. She has worked as broadcast journalist for over 6 years – starting off as a reporter, then News Editor, and now Station Manager. While she has covered health, human interest, politics, community development, elections, and agriculture, she is an advocate of #ThinkB4UClick (combating misinformation, disinformation and fake news on social media). This has led her into the sphere of fact-checking and Data Journalism. Emmanuela is a member of Camasej-North West, Cameroon Journalists’ Trade Union, Cameroon Community Media Network and Congress of African Journalists.